SHATTERED FRIENDSHIP/RELATIONSHIP-CAUSES,EFFECTS AND ITS SOLUTIONS

Everything seems to interact in order for them to live with satisfaction, and in this way we create unintentional relationships that may lead to intimate companionship.

Likewise, friendship would mean so special to both of you, may all of a sudden turn to nothing and back to strangers again.

It is really true that when friendships are shattered, it is hard to return it back to what it had been before. Things can be patched up but the friendship will never return the same.

Friendship is one of the main things that makes life worthwhile. When you have a friend to confide in, suffering seems more bearable and pleasures are more intense.

When a friendship is shattered , whether or not it is for the best, there is a degree of pain and mourning that an individual goes through in his mind. There were things that you may have done only with that person and you feel a void/empty in your life. Take some time to let yourself mourn before moving on.

Time doesn’t heal anything, for it only teaches us how to live with the pain.

There are things that you must keep in within your self and things that must be forgotten forever.

Somehow, time passes by, and we learn to move on”.

People will break up for a number of reasons. Sometimes the signs of an impending breakup will be easy to spot. For example, you might fight a lot or someone might’ve cheated. In other cases, one partner might just decide they’re no longer happy and will end it out of nowhere. Although so many factors go into whether a relationship ends or not, therapists say there are a few surprising things that lead to a breakup that you should look out for.

From much reading and analysis. I was able to bring out 6 major causes of shattered friendship/relationship:

4. Competition With Each Other

So you have broken the most sacred of vows (if you are married) and, married or not, probably broken the heart of your significant other, along with his or her trust. That’s really a hard thing to rebuild, but it can be done. The trick is to avoid this pitfall in the first place. Give up even the idea of sex with other people completely, and your mate will become far more attractive.

Really, why? So you don’t look bad or have to admit to doing something your other half doesn’t approve of? Look, it only becomes worse if you lie about it. Give up dishonesty, and your relationship can change very quickly. Keep at it, and your mate will lose all trust in you and your partnership.

In  a relationship, silence is never golden. The more you talk, the better you will feel. Communication is the single most important thing in a relationship, bar none. If you do not have good communication, you cannot have a good relationship, plain and simple. So sit down over a cup of coffee and use your words. You’ll get a lot more out of it than you think.

4. Competition With Each Other –

Couples who can’t say sorry or take responsibility for their actions when they’ve done something wrong will almost always end up breaking up, experts say. “Feeling genuinely sorry for something you’ve done and being willing to say so, is an excellent predictor of whether or not a relationship will last. If you’re unable to say sorry, you instead might become defensive, which can then lead you and your partner to be on opposite sides of the playing field. When this happens, partners end up becoming competitors instead of teammates. “You end up in a game, a competition, or worst case scenario a war over who’s right. “The relationship gets totally sidelined by both partners who are now vying for the win.”

As we all know, fighting a ton over the same things isn’t good. But if you stop fighting altogether it will be of a great help.

Often times the use and increase of the silent treatment is present when a partner is considering leaving a relationship. They stop caring as much which also causes them to not share as much. 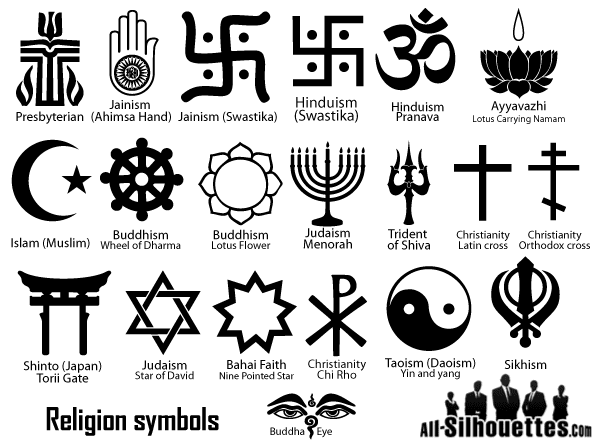 Sometimes religion make a crucial issue of Break Up, when a boy or girl starts getting to know his girlfriend or boyfriend is from different religion or he / she does not have any mandatory religion beliefs, for which he or she does not want to deal with or believe in him/her. In our society, where we have different religious and different views about religion, that’s why guardians/parents do not permit such kind of relationship.

Surviving after breaking-up a relationship is tough. When someone breaks-up relationship with his or her boyfriend/girlfriend, he/she feels like trash and he/she is not in a good mood. All the time he/she becomes inactive in his or her activities. They keep crying all the time and feel that there is no meaning of life.

From much reading and analysis. I was able to bring out 6 major effect of shattered friendship/relationship

6. Loss of trust in future

The pain goes away slowly over a number of years, but the initial impact is high. It is the initial periods during which one has to gather all the energy and tolerate the pain and takes some worse step which affect  their life and career.

After boy’s and girl’s break up,  relationship depression is a common effect on which they survive a long time. Depression feels like a burden  coming down over their lives. Many believe that they are dull and do not deserve anything. Others feel irritable all the time for no apparent reason. Another name of depression is loneliness. 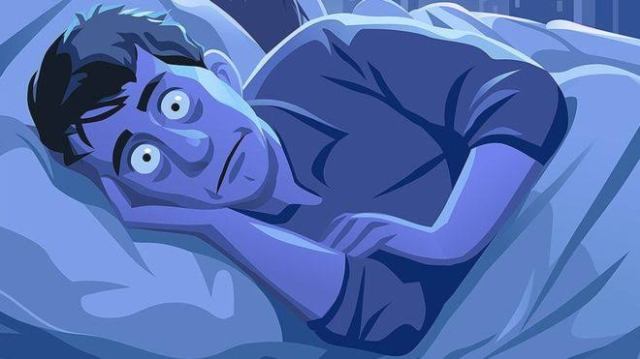 It is a common type phenomena after breaking up a relationship. Suicides is the act of deliberately taking one’s own life. When he or she totally isolated, feel like life is meaning less or does not any benefit to survive without her, they belong on a frustration and thought her love is dead at that time they attend to do such kind of activity.

It is another kind of worse effect, which occurs for the breaking up relationship. At that time he/she tries to escape some physical or mental pain by taking drug. Drug addicts don’t become addicted with the intention to destroy their lives and to cause upset to those they love. Usually when he/she does not able to cope with some aspect of his/her reality and is introduced to drugs, he/she feels by having perhaps solved the problem itself. 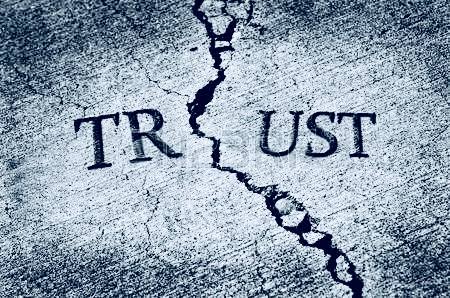 Another vital effect is loss of trust. After such kind of relation he/ she do not able to trust any more of another. She/he is used to think all boys/girls are the same. At their future relation they can’t able to trust her husband/his wife. As a result there is no more continuation of smooth relation.

Overcoming a relationship breakup may be a difficult task. It requires lots of courage and emotional strength. Overcoming a relationship breakup is a skillful way to start his or her life with new hopes. Relationship of a boyfriend and girlfriend may break due to several reasons. It is a stressful and unpleasant situation. Both may feel rejected and frustrated. As his or her loving and caring girlfriend or boyfriend is not with her or him, she or he may feel lonely and helpless. However, keep in mind that it is not the end of happiness in his or her life.

There are so many interesting things that a boy or a girl can enjoy after breaking up their relationship.

From much reading and analysis. I was able to bring out 6 major solutions or ways to Overcome a shattered friendship/ relationship;

2. Don’t frequently recall the pleasant or sad moments from the past

3. Both should keep each other busy

Immediately after the breakup, a boy or girl needs to give some time to drain out his or her emotions.

During this period, he or she may cry, rave in his or her anger; grieve at the unfair treatment that he or she received from his or her parents. Let all painful emotions drain out of his or her mind.

2. Don’t frequently recall the pleasant or sad moments from the past –

That boy and girl should avoid looking at the moment of his or her former relationship like photos, letters or gift items. They are not  supposed to blame one another for what had happened. That boy and girl should think about improving him or herself, which will be helpful for her or his future relationships. He or she ought to forget about the past and think about future.

3. Both should keep each other busy –

That boy and girl should keep him or herself busy, that is the best way to overcome his or her grief. They should engage in their own work or social activities as well as get involved in his or her favorite hobby or still engage in exercises.

Family members and friends are the backbone to support him or her in his or her toughest times. They can play a positive role in overcoming this stressful situation. That boy or girl can share his or her feelings and problems with them in order to get their support. Enjoy picnics and outings with them. He or she does not often talk about his or her past.

As much as possible, he or she in the process will forget the topics that cause his or her stress/break up. 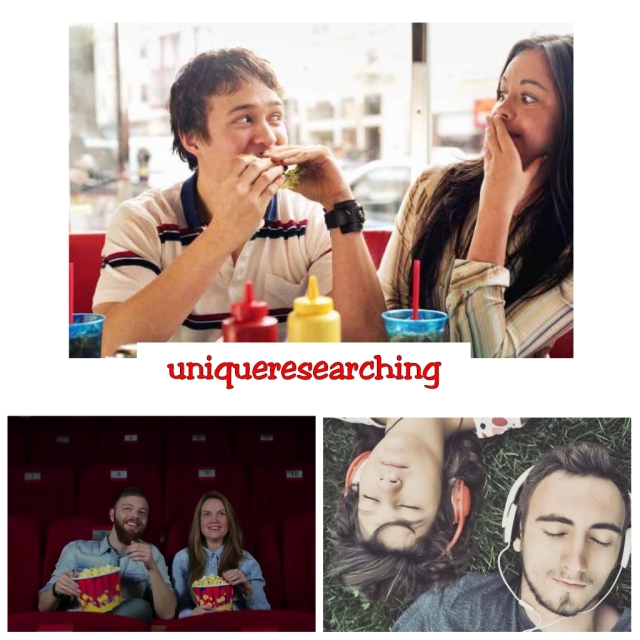 When relationship between a boyfriend and girlfriend is broken up they must try to avoid the things that remind him or her such as songs, movies or restaurants. During the first few days following a breakup, strictly avoid these sad triggers. 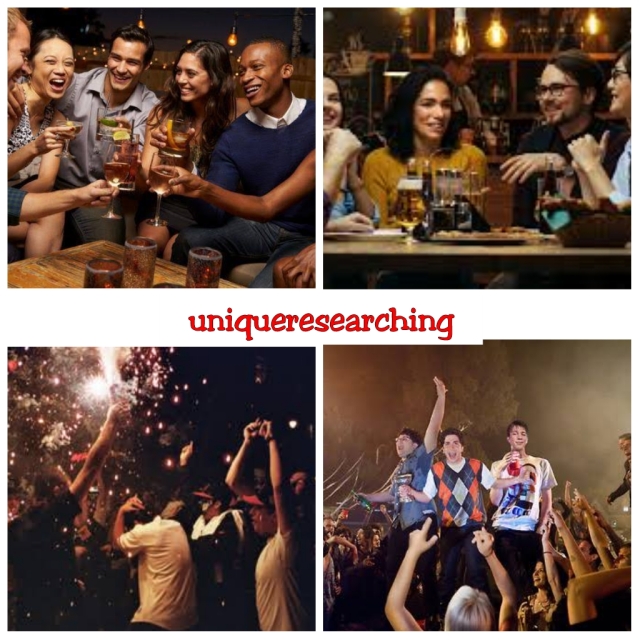 I will like to ask a simple question  for my fellow readers and viewers.

1. What is your own views and contributions on this articles?

2. What was you own experience  of a shattered relationship or friendship?

3. How did you come out of sure relationship?