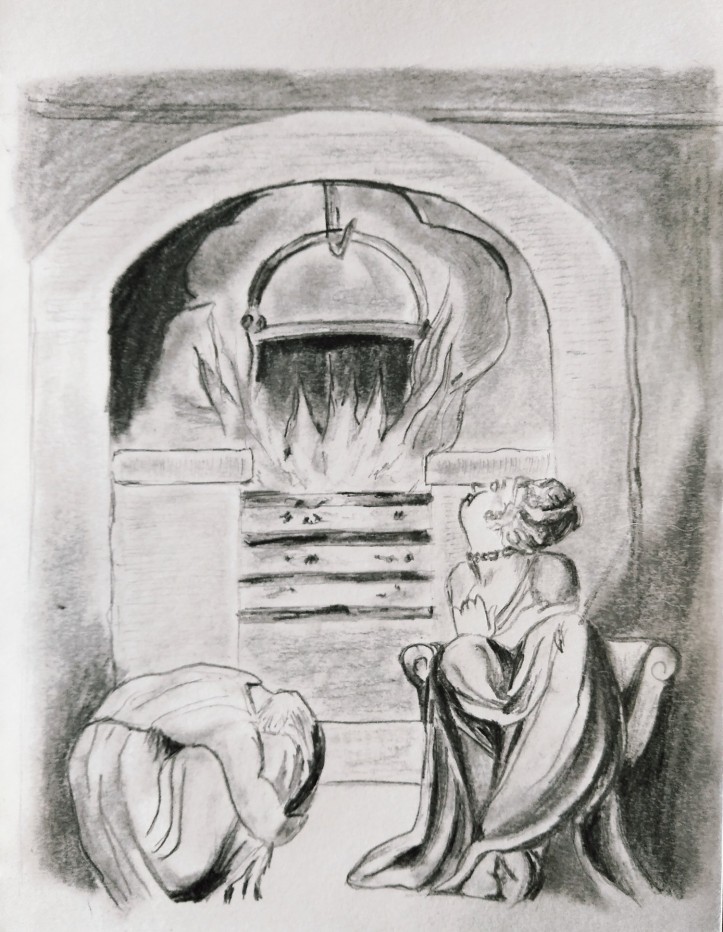 Next to the cauldron

I hear my father saying

Around me and slept beside me,

I brought you very early close to the cauldron,

Waiting for your return,

But you lit the cauldron up in huge flames

Your cauldron was already boiling

“your mother’s cauldron was hot

But your cauldron was boiling

My father did not realize

That the boiling cauldron

Was a principal icon

My present abode had more boiling

Cauldron principally for our lost loved ones

According to Wikipedia –A cauldron (or caldron) is a large cast iron pot(kettle) for cooking or boiling over an open fire, with a large pot and frequently with an arc -shaped hanger.

The poem is a symbolic expression of the impart of two women in the life of one man, even after death, there was a greater impartation. The title of the poem “ The CAULDRON “

I brought you very early close to the cauldron,

Waiting for your return

First, the cauldron in this setting was built by some special women in this community as rites of passage and also as a medium to bring them back from deep slumber. These class of women are powerful women who design special cauldron for their love ones and this love should be RECIPROCAL.

Those shown this “CAULDRON LOVE “ must bring these women close to the cauldron at the first sign of dawn or face the risk of loosing these women. The cauldrons in these homes bring great fortune.

Isabella and her mother in this poem have brought her father and husband to her mother good fortune, but they intend extending the love and fortune they brought to their family. So, they decided not to wake up.

The fortune and love brought by them to their family was a complete one.
The cauldron from original description is used for boiling as

your mother’s cauldron was hot

But your cauldron was boiling

My present abode had more boiling

Cauldron principally for our lost loved ones

Here is a question for my fellow bloggers and readers:

1. What are you contributions,opinions and views about the poem?

2. In the society you find yourself, do women try extremely hard to extend a special love to their husband.

3. Being a man or a woman. What are the things you do that shows special love to your wife or husband.( I need an inspirational answers)

4. When or if  you lost a loved one. Did it or if it will change your kind of person? or perceptions about Life? ( I need an inspirational answers)

5. Can the poem relate with your perception of women in your area/region — if so say YES or NO(with clear reasons)

Credited / dedicated : To every special woman who has found the strength to extend every form of love she shown in any means possible.