PATRICK SUGGESTIONS- Guys:How To Protect Yourself From False Rape Accusations. 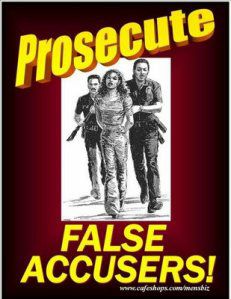 The issue of rape has become so prevalent in our society that there’s hardly a day that passes without a new rape case.

I don’t know what’s happening and I can’t tell what is really wrong with people but I think the time for reasoning is here.

Especially in a country like ours where the rich can always have their way?
Ever wondered why women scream rape anytime there’s a fight and accuse the man of beating her up at the slightest provocation.

It is because these two things always give them upper hand in most cases. Now I am not trying to say there are no rapists out there.

Many of them are roaming the streets looking for the next lady to jump on but there are some that were accused falsely and they are the ones I want to tell how to protect themselves in the future by following this steps:

I personally cannot date a girl who’s less than 20. The reason is, it doesn’t matter if you have been dating her for years, it doesn’t matter if she’s a queen in the jungle, once caught, her parents will be shouting you raped my daughter. The girl will not stand up for you. Her mother will ask her. “He raped you right”? She will not say NO, in other not to be beaten, she will nod head in affirmation and that signs you deal with the police.

2. Tell Your Parents About Your relationships

if you’re too young to let your parents or the girl’s parents, or any of her relations to know what’s going on between two of you then you’re obviously too young to date.

3. Don’t Drink To Stupor if you are taking a woman home

So that you will still have sense to stop If she says “No”, at any time Women no longer play “hard to get.” If an adult woman wants your sexual companionship, then she’ll make it abundantly clear. If she does not, don’t bother. If she says “NO”, please buckle up and send her home even if the time is 1am or sleep in another room if her reason is genuine.

4. Don’t Sleep With An Intoxicated Lady

Unless You Have Been With Her For Long. If the woman is high or intoxicated, don’t even try for sex.. Call her a cab or take her home and then leave.

If you get any signs that the woman is insecure or unstable, end whatever you have with her as quickly as possible. Do not contact her again.

6. Leave When You Sense Problem

7. Finally don’t cheat on a person that loves you

Anger, frustration and jealousy might just push them to frame you up. I know That Trials require evidence but what happens when the people handling the case like bribes?

I will like to ask a simple question  for my fellow readers and viewers.